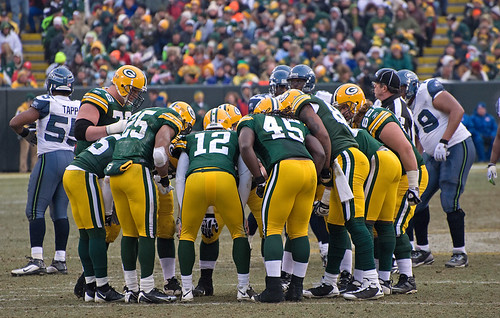 Packer Fever is ratcheting up again in Green Bay.  Even if you’re not a football fan, you’ve likely heard of the Green Bay Packers football team.  Thoughthe regular season isn’t set to start for another couple of months, there is still plenty of Packer-related fun to be had during the summer months in Green Bay.  Late in June, the Packers announced their summer training camp schedule, as this amazing team gears up for another season of spectacular football.  This year’s training camp features 16 practices which are open to the public, in addition to four preseason games and the annual Family Night practice that happens at Lambeau Field.  The fun is set to start on July 29th, when the Packers report for training. Located just a short distance from the stadium, our Bed and Breakfast Inn is the perfect place to stay while you watch the Green Bay Packers in action.

The Green Bay Packer training camp takes place on Ray Nitschke Field, which opened in 2009, and Clarke Hinkle Field.  At Nitschke Field, there is seating for approximately 1,500 fans to enjoy the practices.  The gates open 90 minutes before practices, and stay 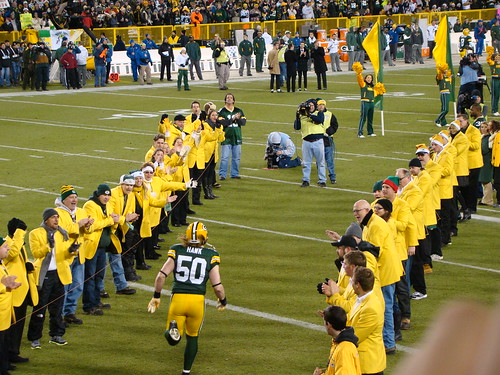 open for about 30 minutes after practice.  This year, the popular Green Bay Packers Family Night occurs on August 8th at Lambeau Field.  There will be a picnic in the parking lot in the afternoon preceeding this event, followed by various activities and on-field drills, the traditional “Jersey Off Our Backs” promotion, and fireworks to end the evening.  If you’re looking forward to Packer football as much as we are, then book your room at our historic Bed and Breakfast today and come visit us during The Green Bay Packers training camp.